Lenovo K12’s international model shall be a rebranded Moto E7 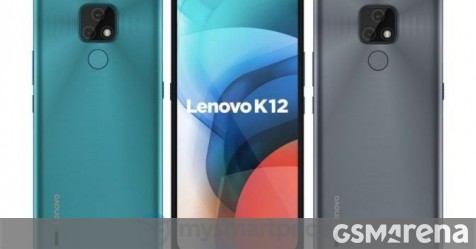 Lenovo’s K12 obtained official for China alongside the K12 Professional earlier this month, and you could have been questioning whether or not both of them would get any availability in different markets. It seems that the reply is sure for the K12, however with a twist.

Whereas the Chinese language K12 is a rebranded Moto E7 Plus, the worldwide model K12 shall be a rebranded Moto E7. The renders of it seen beneath had been leaked at present. Lenovo can mess around with branding all it desires because it additionally owns Motorola, however that is simply complicated. Then once more, we’re assuming that it will not provide each equivalent fashions in the identical market, so the K12 will most likely launch in these nations and territories the place Lenovo’s model is extra well-known than Motorola’s. No less than we hope so.

As a result of it is nothing however a rebadged E7, we are able to already inform you all in regards to the worldwide K12’s specs. It’ll have a 6.5″ 720×1600 touchscreen, a 48 MP principal rear digicam flanked by a 2 MP macro snapper, a 5 MP selfie shooter, the Helio G25 chipset on the helm, 2GB of RAM, 32GB of storage, and a 4,000 mAh battery with 10W charging. It’ll most likely run Android 10. It is nonetheless unclear the place precisely you possibly can anticipate to see the K12 exterior of China, however that data needs to be revealed sooner or later, so keep tuned.